In the immediate aftermath of the Japanese attack on Pearl Harbor, Marine Sgt. John Basilone prepares to ship out and confront the enemy somewhere in the Pacific, while budding journalist Robert Leckie enlists in the Marine Corps. Eugene Sledge, unable to enlist because of a heart murmur, says farewell to his best friend, Sidney Phillips, who is about to leave for boot camp. Exactly eight months after Pearl Harbor, the 1st Marine Division, including Leckie and Phillips, lands on Guadalcanal in order to secure its strategically vital airfield and prepare for the inevitable counterattack. 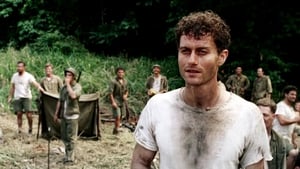