Another is a 2012 horror anime TV series produced by P.A. Works and directed by Tsutomu Mizushima, based on the novel of the same name written by Yukito Ayatsuji. When Kōichi Sasakibara transfers to his new school, he can sense something frightening in the atmosphere of his new class, a secret none of them will talk about. At the center is the beautiful girl Mei Misaki. Kōichi is immediately drawn to her mysterious aura, but then he begins to realize that no one else in the class is aware of her presence. 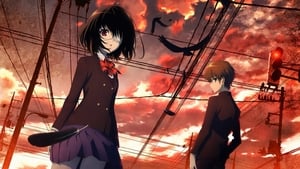